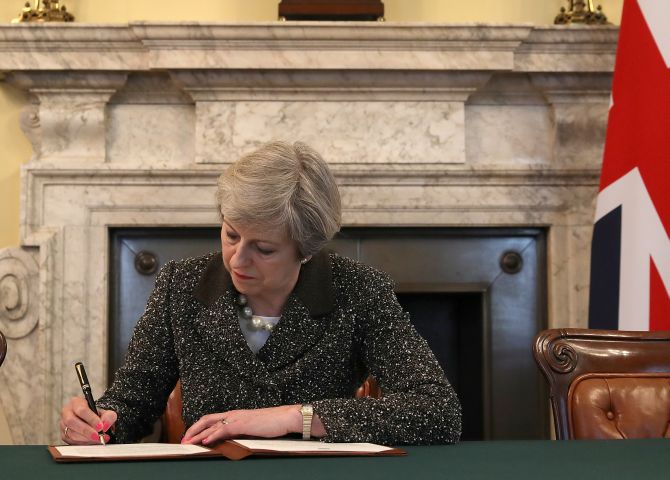 Theresa May has appointed her close ally Damian Green as her first secretary of state  while Priti Patel remained the senior-most Indian-origin Cabinet minister as the embattled British premier unveiled her new Cabinet after shock election results forced her to form a minority government.
Patel holds on to her position as the senior-most Indian-origin Cabinet minister and will remain in charge as the secretary of state for international development in the new government, which May said will focus on delivering a successful Brexit.
Prime Minister May said the new line-up brought in "talent from across the whole of the Conservative party".
« Back to LIVE

In a letter to Shinde, who was sworn in as Maharashtra Chief Minister a day earlier, Thackeray accused him of "indulging in anti-party activities".