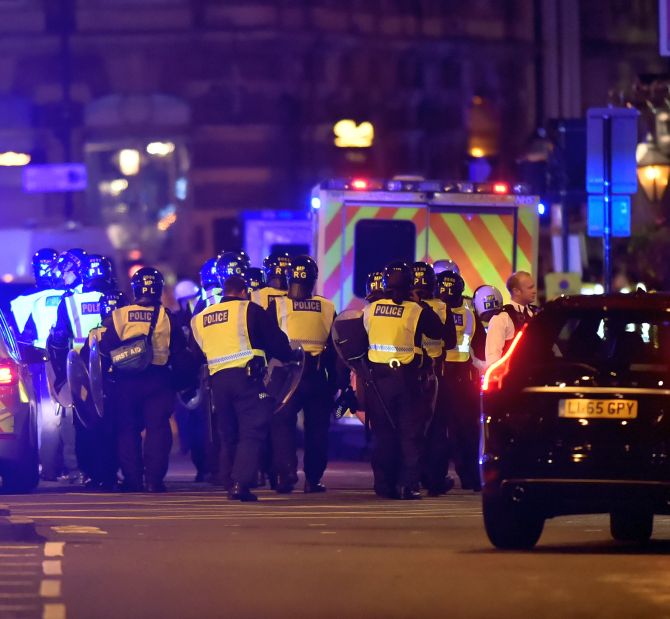 A 19-year-old boy has been held by detectives probing the London Bridge attack, on suspicion of preparing terrorist acts following a raid in Barking, east London.
The Scotland Yard has confirmed the arrest, which brings the total to 21 arrests in the case.
Meanwhile, detectives from the Metropolitan Police's counter-terrorism command are searching for another suspect in Barking where a 28-year-old man was arrested on Saturday, reports Guardian.
A total of seven men are in custody after the June 3 attack that left eight dead and dozens wounded. Twelve people who were arrested in the initial stages were released without charges.
A 27-year-old arrested under the Terrorism Act on Tuesday was also released without a charge on Saturday.
« Back to LIVE

Helly is at Cannes for the poster launch of her film, Kaya Palat.