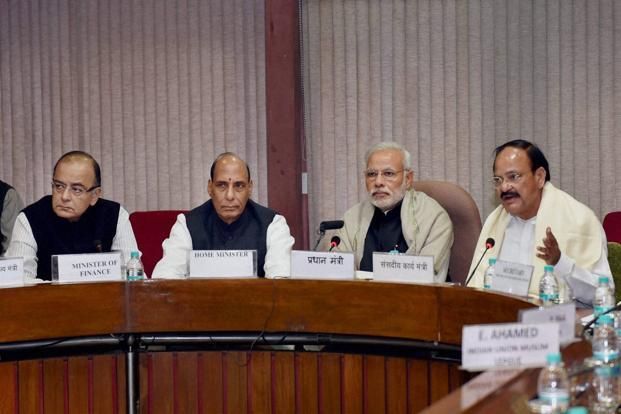 BJP chief Amit Shah forms three-member committee for consultations with political parties for the upcoming presidential poll. The members of the committee are Arun Jaitley, Rajnath Singh and Venkaiah Naidu.


Shah had postponed his visit to Arunachal Pradesh today and the party is likely to defer its national executive meeting scheduled for July 15-16 in view of the presidential election.


Shah's presence in the capital is required as the BJP is likely to begin the process of finalising the name of its presidential nominee any time now, a party leader said.


The election to the top constitutional post will be held on July 17. The last date for filing nomination is June 28.