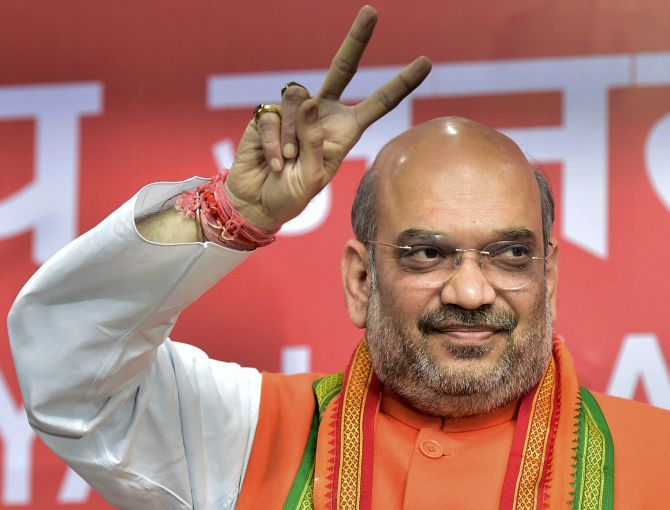 BJP president Amit Shah has postponed his visit to Arunachal Pradesh and the party is likely to defer its national executive meeting scheduled for July 15-16 in view of the presidential election.
Shah's presence in the capital is required as the BJP is likely to begin the process of finalising the name of its presidential nominee any time now, a party leader said.
The BJP president was to leave for the northeastern state today.
The election to the top constitutional post will be held on July 17. The last date for filing nomination is June 28.
There could be a meeting of senior party leaders in New Delhi, he said, giving the reason for postponing Shah's Arunachal Pradesh trip.
If the opposition too puts up a candidate, which is very likely considering the ongoing talks among top leaders of the Congress, the Left, among others, a contest will be inevitable.
The BJP leader said there was no point in keeping the national executive meeting scheduled for July 15-16 in Andhra Pradesh, as the presidential election is scheduled for July 17.
He noted that the executive meeting was fixed long before the Election Commission announced the presidential poll schedule.
The nomination process will begin from June 14 with the issuance of a notification and the counting of votes will take place on July 20 in New Delhi.
« Back to LIVE