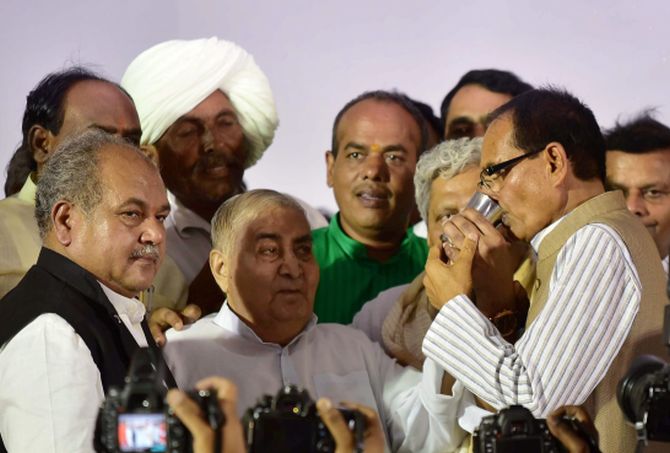 The Congress today said Madhya Pradesh Chief Minister Shivraj Singh Chouhan should have met the families of those killed in Mandsaur police firing instead of resorting to the "drama" of going on a "seven-star fast".


Chouhan sat on an indefinite fast on Saturday, appealing for peace to farmers demanding loan waivers and remunerative prices for their produce.


He ended it the next day while announcing a slew of schemes but issued a stern warning to those who engaged in "incendiary activities".


"Rs 5 crore was thrown down the drain in holding the sheer natuanki (drama) and wasteful event of fast by the chief minister. It was a seven-star fast," state Congress president Arun Yadav alleged while talking to PTI.


He claimed that various district collectors arrange buses and people were ferried from different parts of the state to Chouhan's venue, where he sat on a fast to quell the farmers' agitation, at Dussehra maidan here.


Instead of holding the fast, he should have gone to Mandsaur - the epicentre of the farmers' agitation in MP - and comforted the families of the five persons killed in police firing last week, Yadav said. Rather than doing the "nautanki", he should mitigate the problems of farmers, the Congress leader said.
« Back to LIVE