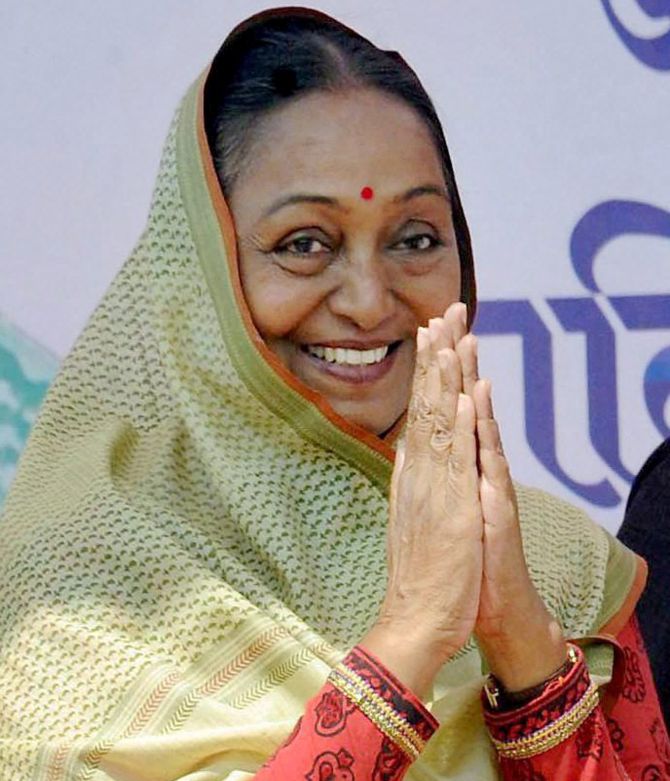 Though the residents of Chandawa know that the electoral arithmetic is in favour of National Democratic Alliance presidential candidate Ram Nath Kovind, they clutch on to the hope that Congress pick Meira Kumar will emerge victorious.
And why wouldn't they, considering that a "daughter" of their village now has a shot at becoming the first citizen of India?
"We aren't scanning television channels for information here," says 28-year-old Shveta Rani, one of the two college-going members of the household. "We know the NDA candidate is ahead in numbers, but we have faith in our grandmother (Kumar). She has a spotless record, and her conviction for uplifting the downtrodden is unparalleled."
Shveta and 26-year-old Seema Prakash have been praying day and night for Kumar's victory before their Kuldevata (family deity).
« Back to LIVE