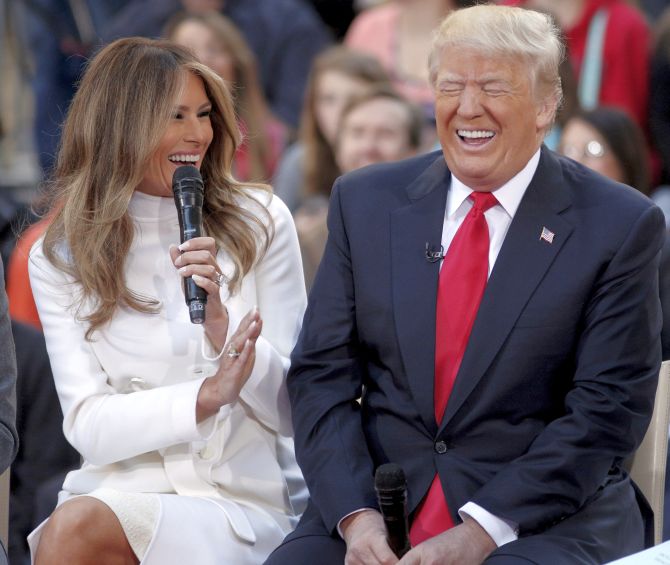 Public support for President Donald Trump is dropping, a poll showed on Sunday, as he faces multiple setbacks over his stalled agenda and efforts to repeal and replace Obamacare.
Nearly six months since he took office, Trump is facing a declining approval rating that has dropped from 42 per cent in April to 36 per cent, according to a Washington Post-ABC News poll of 1,001 adults. Similarly, his disapproval rating has jumped five points to 58 per cent.
A total of 48 per cent of respondents said they "disapprove strongly" of the president's performance in office - a low threshold never reached by ex-presidents Bill Clinton and Barack Obama, both Democrats, and only reached once by George W Bush, during his second term.
And 48 per cent also see American global leadership weakening since Trump entered the White House, while 27 per cent said it is stronger.
Most respondents (66 per cent) said they do not or only somewhat trust Trump in negotiating with foreign leaders, especially with Russian president Vladimir Putin (also 66 per cent). Of those, 48 per cent said they do not trust Trump "at all" in negotiations with Putin.
« Back to LIVE