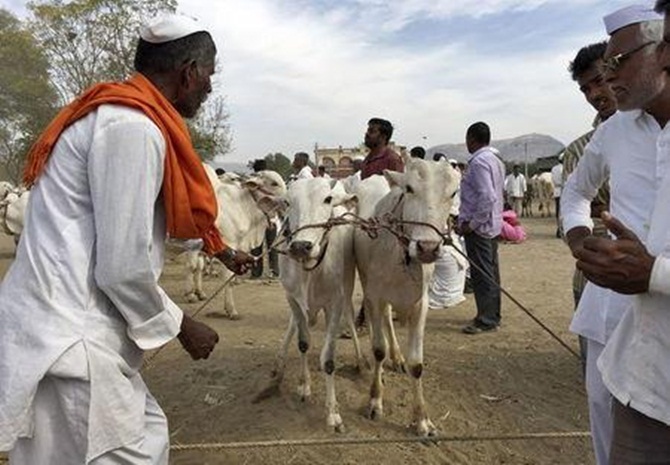 The Muslim man with links to the Bharatiya Janata Party who was thrashed by alleged cow vigilantes in Maharashtra's Nagpur district four days ago was carrying beef, police have said.
The police had arrested four persons for brutally thrashing Salim Shaha, 34, a member of the BJP's Katol unit, on July 12 and sent the meat he was carrying to a forensic laboratory.
The lab report was "positive", i.e. it was beef, Superintendent of Police (Nagpur rural) Shailesh Balkawde told PTI yesterday.
Police will initiate further action against Shaha in accordance with the law, he said.
Meanwhile, the Nagpur (rural) unit president of the BJP, Rajiv Potdar, expressed shock at the findings.
It was shocking that Shaha has been found to be carrying beef that day, Potdar said, adding he would be dismissed from the party.
Stern action should be taken against him according to the law, but people must not take law in their own hands and resort to violence in such cases, Potdar said.
Shaha's mother had claimed that he was the head of the BJP's Katol tehsil minority morcha, while local leaders said he was a party member.
« Back to LIVE