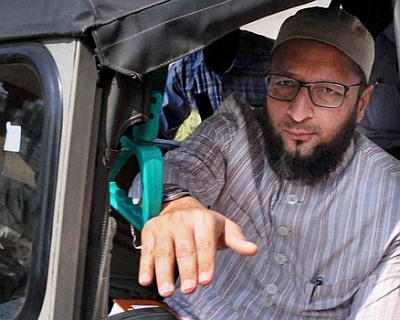 A first information report has been lodged against All India Majlis-e-Ittehadul Muslimeen chief Asaduddin Owaisi for violating the Model Code of Conduct in Uttar Pradesh's Saharanpur.

Singh said according to a complaint filed by SI Anil Kumar, posters of AIMIM have allegedly been pasted on the walls of the power corporation property, religious places and private shops.

Police has registered a case under section 171H (illegal payments in connection with an election) of the Indian Penal Code, he said. -- PTI