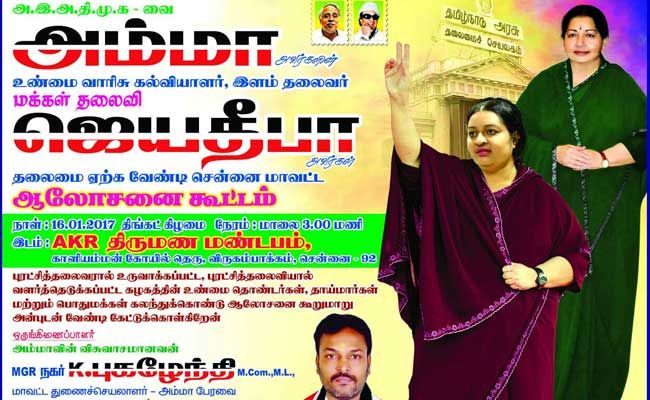 Former Tamil Nadu CM J Jayalalithaa's niece Deepa Jayakumar (42) is likely to launch her own party today. "I will begin the work left by the late M G Ramachandran from tomorrow (Tuesday)," she said in a statement.


Deepa had on January 7 said that she would launch a party on her own "on the request from true fans of MGR and Jayalalithaa". She has claimed to be the recipient of MGR and Jayalalithaa's legacy and is expected to pay tributes to both the AIADMK leaders and hold a press conference and meet her supporters at 4 pm today.


Image: A poster of Deepa Jayakumar shows a marked resemblance to Jayalalithaa