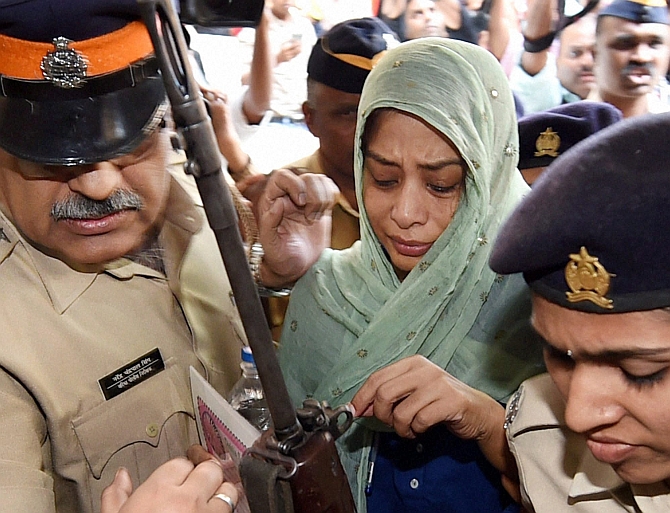 Just in: A Special CBI court in Mumbai will frame charges against Indrani Mukherjee and others in the Sheena Bora murder case.


The CBI has said that Indrani Mukerjea killed Sheena Bora, her daughter from a previous relationship, with the assistance of her ex-husband Sanjeev Khanna and driver Shyamvar Rai over a property dispute.


Also accused in the case is former media baron Peter Mukhejea, who the CBI says was aware of his wife's motive and her crime. Mukerjea's driver had turned approver for the CBI.


Defence in its argument, which concluded last week, has said the CBI will not be able to prove any of the allegations against the Mukerjeas.


Rahul Mukerjea, Peter Mukerjea's son from an earlier marriage, was in a relationship with Sheena Bora, who was murdered in April 2012. Indrani and Peter Mukerjea were allegedly opposed to the relationship.
« Back to LIVE