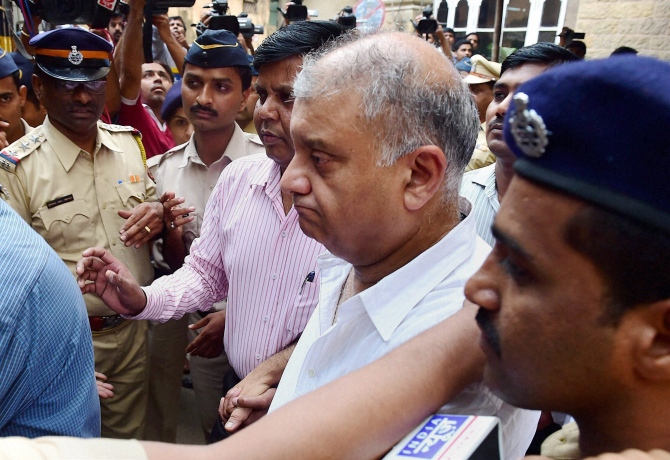 Just in: #SheenaBora murder case: CBI files a chargesheet against Indrani Mukerjea - prime accused in the murder of her daughter Sheena Bora - along with husband Peter Mukerjea and ex-husband Sanjeev Khanna.  All three accused have been charged with murder and criminal conspiracy. All the accused were present in court today.


The CBI has maintained that Indrani Mukerjea killed Sheena Bora, her daughter from a previous relationship, with the assistance of Sanjeev Khanna and driver Shyamvar Rai over a property dispute. Former media baron Peter Mukhejea, the CBI says, was aware of his wife's motive and her crime. Mukerjea's driver had turned approver for the CBI.
« Back to LIVE