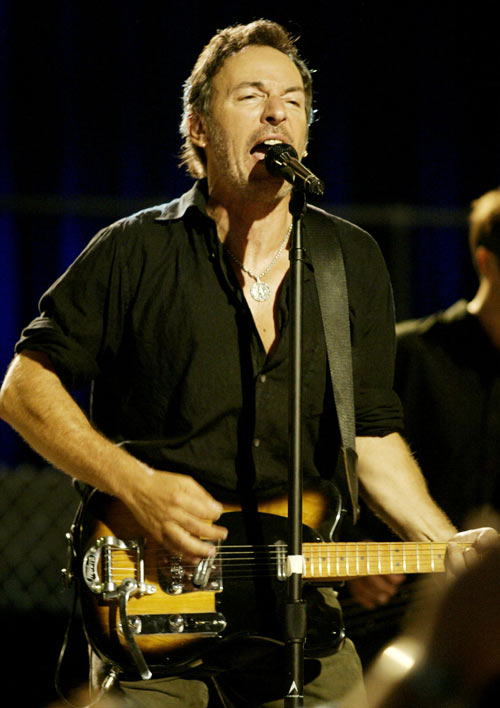 Among many other musicians and bands, popular Bruce Springsteen cover group called 'B-Street Band' has also decided to stay away from the 'storm' that is hitting up President-elect Donald Trump's inaugural function.


Will Forte, the group's 63-year-old keyboardist, manager, agent and publicist, among other roles, recently told Rolling Stone, "We felt that we had to make it known that we didn't want to seem disrespectful, in any way, shape or form, to Bruce and his music and his band."


"I don't want to upset them. We owe everything to him and our gratitude and respect to the band is imperative above all else. It became clear to us that this wasn't working and we just had to do what we thought was the right thing to do and that was to pull out," Forte explained.


Springsteen has repeatedly voiced his anger and disgust at the President-elect, mentioning him as a "moron" in excerpts from upcoming Rolling Stone feature.
« Back to LIVE