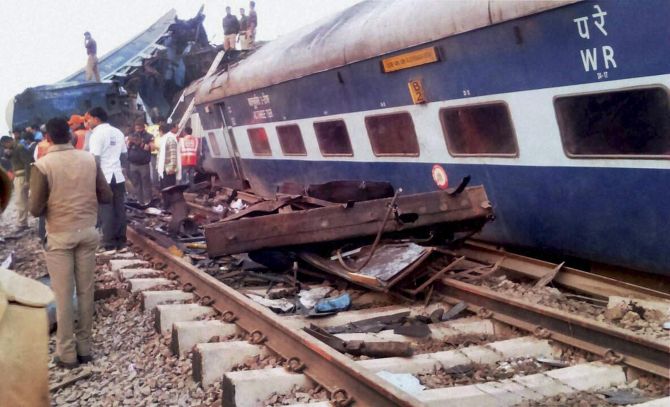 Bihar police on Tuesday claimed to have unearthed a suspected ISI link to target the railways with arrest of three persons in East Champaran district of the state.
Police claimed the trio had confessed to having worked for a Nepalese contact suspected to be connected to Pakistan's ISI to target the railways.
During interrogation, police claimed they confessed to having been paid Rs three lakh by a Nepali citizen identified as Brajesh Giri allegedly connected with the ISI for planting a bomb on railway tracks at Ghorasahan in East Champaran district in October 1 last year to cause an accident.
The police also claimed that they will interrogate the trio to ascertain if the gang had any role in train accidents in Kanpur that claimed the lives of at least 140 people and injured many others, on November 20, 2016.
« Back to LIVE