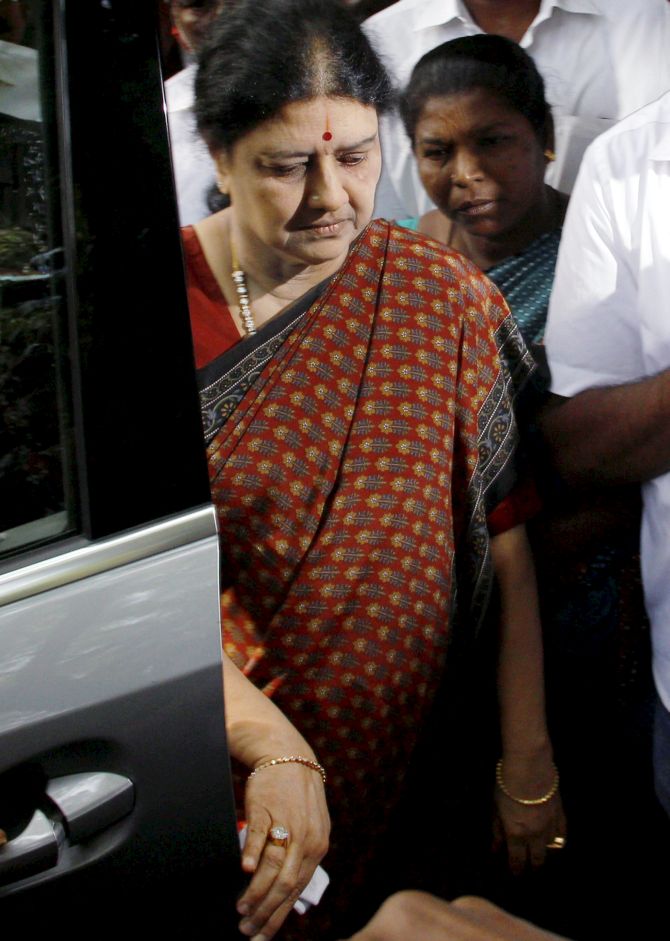 Sasikala Natarajan will take over as Tamil Nadu chief minister on January 29, knowledgeable sources have disclosed.
Why January 29?
One, because it is an auspicious date and Sasikala, like the late J Jayalalithaa, is a stickler to religious beliefs and rituals.
Two, the position of Surya will be firmly in Uttarayan (ascending Sun) from that date as January 27 is Amavasya.
AIADMK cadres have of late stepped up their clamour for Sasikala's elevation as chief minister as it has been the AIADMK's convention that the party leader is also the chief minister if the party happens to be in power.
-- Rajeev Sharma
« Back to LIVE