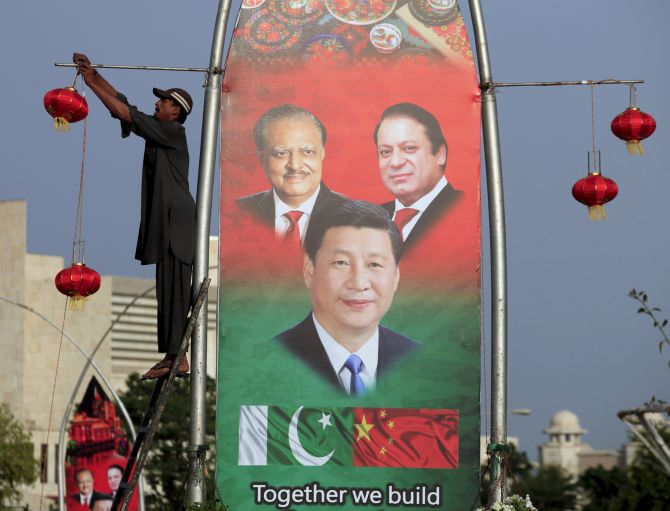 China yesterday handed over two maritime patrol vessels to the Pakistan Navy for joint security along the sea route of the China-Pakistan Economic Corridor, Dawn reported.
Yesterday, the Chinese vessels were received by the Commander of the Pakistan Navy Vice-Admiral Arifullah Hussaini. The ships are called PMSS Hingol and PMSS Basol after two rivers in the region.
"The ships have become part of the Pakistan Navy from today and the (Pakistan) navy would become stronger with the induction of these maritime vessels," Hussaini was quoted as saying by the Dawn. He added that the Pakistan-China friendship was becoming stronger and deeper than the ocean, day by day.
China is expected to provide two more ships "Dasht" and "Zhob" to the Pakistan navy. It is already working on them and they are expected to be completed soon.
« Back to LIVE