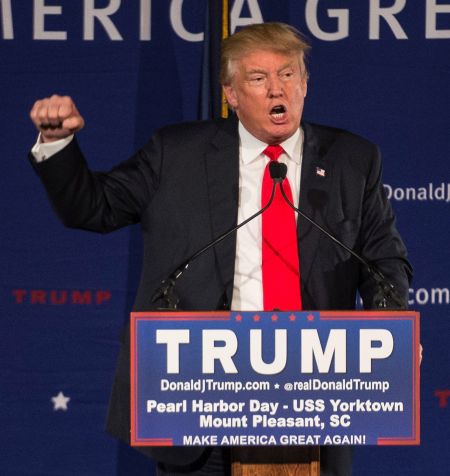 United States President Donald Trump hit out at several American media outlets, including The New York Times, for allegedly running inaccurate stories.
"The failing New York Times writes total fiction concerning me," Trump alleged in a tweet.
"They have gotten it wrong for two years, and now are making up stories & sources!" he told his 24 million followers on Twitter.
Trump was apparently responding to an insight into his working inside the White House by The Times.
"During his first two dizzying weeks in office, Trump, an outsider president working with a surprisingly small crew of no more than a half-dozen empowered aides with virtually no familiarity with the workings of the White House or federal government, sent shockwaves at home and overseas with a succession of executive orders designed to fulfill campaign promises and taunt foreign leaders," the daily said.
In other tweets, Trump lashed out at other media outlets for running polls in which his popularity is low.
"Any negative polls are fake news, just like the CNN, ABC, NBC polls in the election. Sorry, people want border security and extreme vetting," he said.
"I call my own shots, largely based on an accumulation of data, and everyone knows it. Some FAKE NEWS media, in order to marginalize, lies!" Trump said.
As per latest CNN/ORC poll, Trump has an approval rating of 44 per cent and a disapproval rating of 53 per cent.
« Back to LIVE