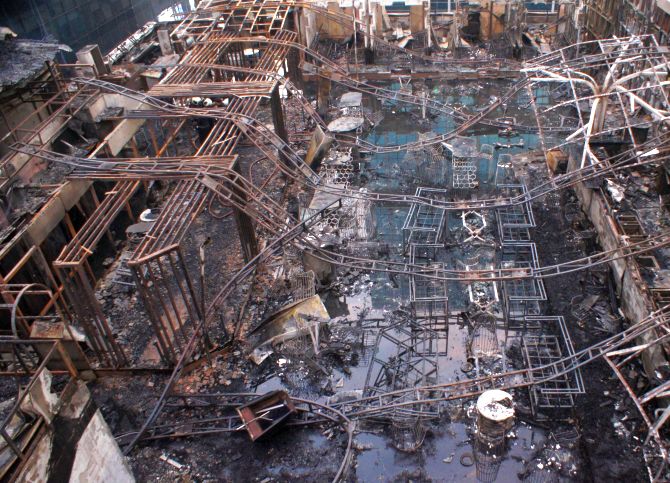 A day after a devastating blaze at a central Mumbai pub claimed 14 lives, fire brigade officials today said it was probing whether flames during a fire stunt by a bartender, burning coal used for hookah or a short circuit led to the tragedy.
The blaze had started after 12.30 am on Friday at the '1 Above' pub on the terrace of Trade House Building in Kamala Mills compound in Lower Parel, a commercial hub, resulting in collapse of its bamboo-propped canopy. The fire, which left several people injured, also engulfed Mojo's Bistro, a pub a storey below. Most of the 14 victims died of asphyxiation.
"We are probing if the flames created during a fire stunt by a bartender at the pub came in contact with plastic sheets that covered the bamboo structure and triggered the blaze. We are also trying to find out whether the burning coal used for hookah at the adjacent restaurant led to the tragedy," a fire official said.
All other possibilities, including that of short circuit is also being probed, he added.
-- PTI
« Back to LIVE