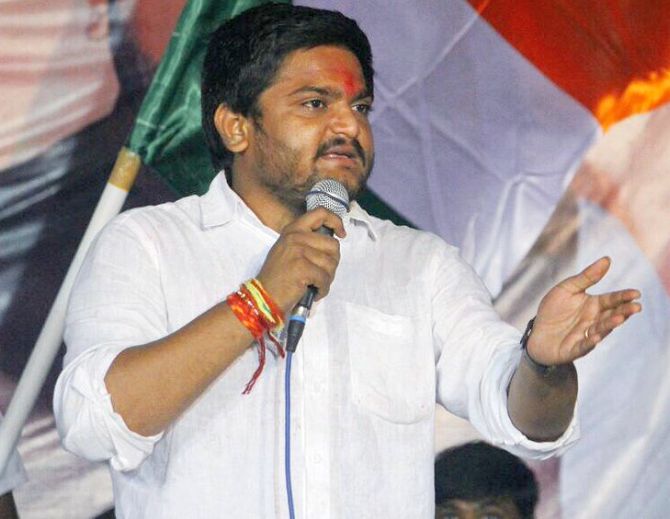 Patidar Anamat Andolan Samiti leader Hardik Patel has said that if Gujarat Deputy Chief Minister Nitin Patel is not happy with the Bharatiya Janata Party, he should leave the party with 10 MLAs and join him.

Hardik said he will talk to the Congress to 'get Nitin Patel a good position'.

"If Gujarat Deputy CM Nitin Patel, along with 10 MLAs, is ready to leave the BJP, I will talk to the Congress to get him a good position," Hardik told ANI.

"If the BJP does not respect him, he should leave the party," Hardik said in Gujarat's Sarangpur.

Hardik's remarks come in the wake of the Gujarat deputy chief minister, having been stripped of three key portfolios -- finance, urban development and petroleum -- did not assume office in the Sachivalaya in Gandhinagar on Friday, even as many ministers took charge, the Times of India reported.  -- Agencies