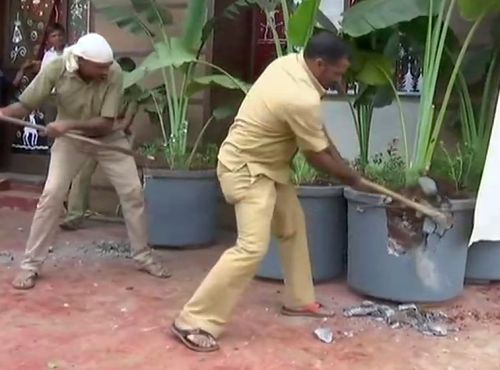 The Brihanmumbai Municipal Corporation has taken action against restaurants with unauthorised constructions, following the fire at Kamala Mill Compound.
A BMC spokesperson said civic teams demolished illegal structures in Kamala and Raghuvanshi Mill Compound. Ward officials said the demolitions will continue on Saturday. Seven open-air restaurants were under the ward officials scanner, including 1 Above and Mojos Bistro, which were gutted on Friday.
The BMC will also carry out an extensive audit of major eateries in the city ahead of New Years Eve.
Municipal Commissioner Ajoy Mehta has directed all ward-level assistant commissioners and zonal deputy municipal commissioners to form a team of officials from the Building and Fire departments, and medical officers from the Health department to inspect all restaurants and ensure they comply with fire safety regulations laid down.
« Back to LIVE