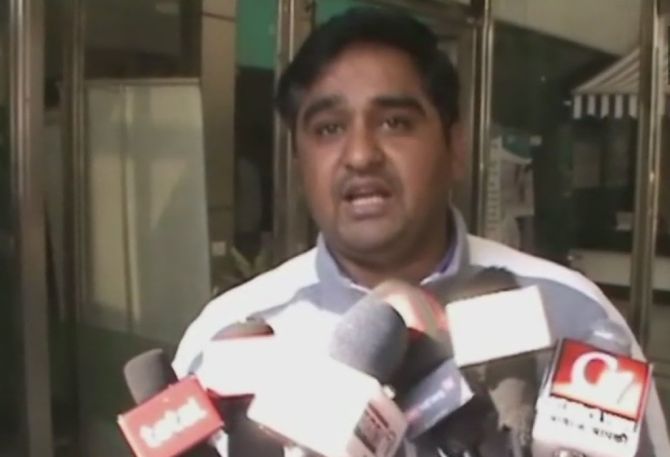 Wife of a Kargil braveheart died at a private hospital in Haryana's Sonipat after allegedly being denied treatment due to lack of Aadhaar.

The son of the deceased woman alleged that he brought her ailing mother to the hospital for the treatment but the hospital refused to treat her as he did not have the original copy of the Aadhar card.

"I brought my mother in a serious condition to the hospital. They asked me to get the Aadhaar card, but I didn't have it then so I showed them a copy in my phone. I said that I will get Aadhaar in an hour or so, meanwhile begin with the treatment but the hospital refused to do so," he told ANI.

However, the hospital authorities denied the allegation leveled by the victim's son saying that the Aadhaar card was mandatory only for documentation process and not for treatment.

"We never denied them treatment. Please note that he never got the patient to the hospital. We have never stopped any treatment due to Aadhaar card ever," said the doctor of the hospital.

Reacting to the news, father of Kargil martyr Captain Vijayant Thapar, Col V N Thapar (retd) condemned the denial of treatment to the woman and said incidents like these were a blow to the morale of the armed forces.

"These are the kind of things that hit the morale of the armed forces. I hope the Haryana government and the Defence Ministry take note of this and take an action against this erring hospital," Thapar told ANI, adding that a soldier dies in a battle for the security of the people and 'he knows that his wife and children will be taken care of'.

Expressing shock over the news, Thapar remarked, "Leave aside the Kargil martyr or a martyr's wife but even from the humanitarian angle, if a person requires treatment, can't we give it? We've become so indifferent to human life!"

Daughter of another Kargil martyr Major C B Dwivedi said, "Can't imagine it happened. It makes me scared for my family. We have ECHS benefits but connecting it to Aadhaar card and submitting a copy of it is ridiculous."   -- ANI