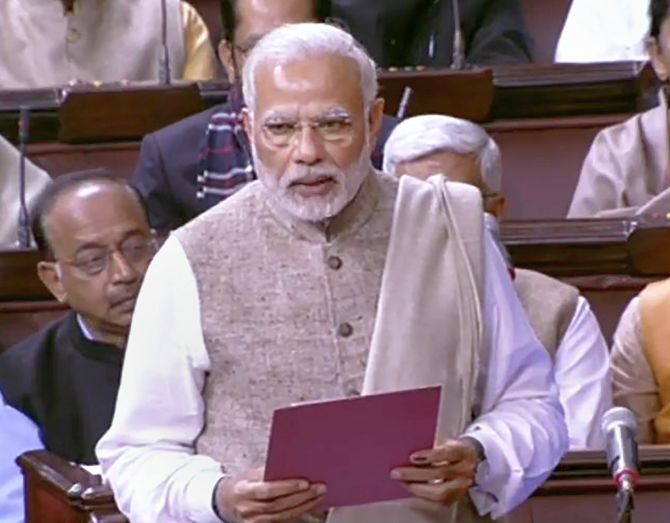 The Congress has moved adjournment motion notice in Rajya Sabha under rule 267 against Prime Minister Narendra Modi over his "conspiracy with Pakistan" remark against his predecessor Manmohan Singh.
The Congress has been raising the issue since the beginning of the winter session of the Parliament and demanding an apology from the prime minister for his remarks against Singh during the poll campaign.
Prime Minister Modi had accused the former prime minister and former Vice President Hamid Ansari of meeting Pakistan's high commissioner at Congress leader Mani Shankar Aiyar's residence to conspire against the government in the Gujarat elections.
It looks like the winter session is heading for the complete washout as the opposition is refusing to relent over the issue.
« Back to LIVE