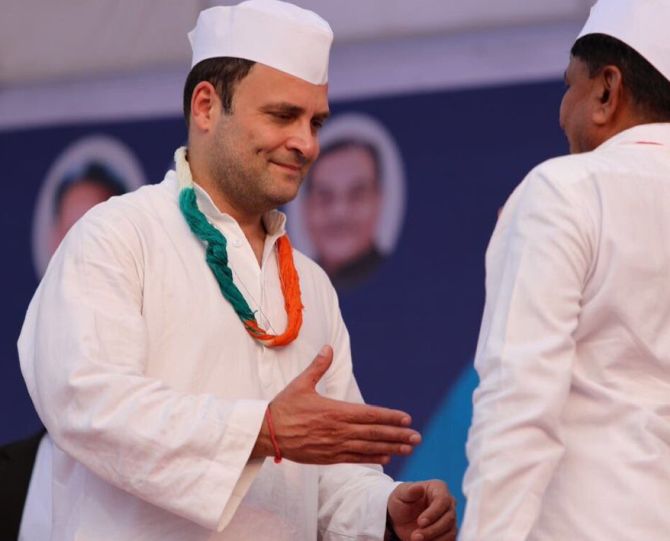 A day after losing the Gujarat and Himachal Pradesh polls, Congress president Rahul Gandhi has addressed the media.
The new Congress president said, "Gujarat has given a message to Modi ji the anger they have will not work for them; love will defeat it."
He went on to add, "There is a question on Modi jis credibility. Around four months back when we went to Gujarat it was said that Congress cannot fight BJP, 3-4 months we did hard work and you have seen the results BJP has suffered a massive jolt."
This is the first time Rahul has spoke since yesterday where he said the party had accepted the people's verdict. He also expressed gratitude to the people of the two states for the love they showered on him.
« Back to LIVE