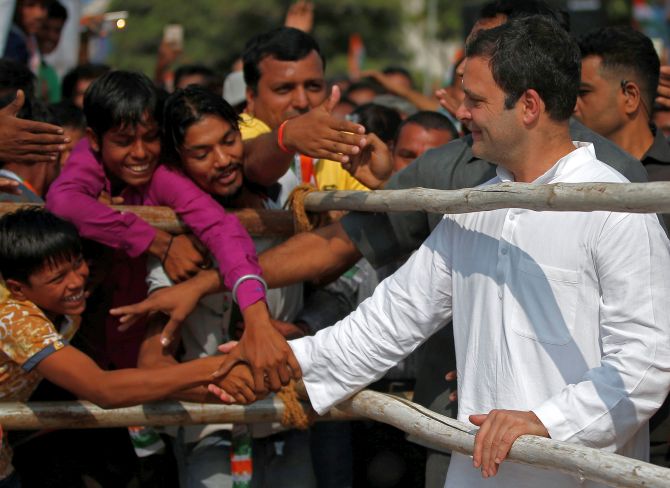 Congress president Rahul Gandhi today said the Gujarat election results raise questions on Prime Minister Narendra Modi's credibility and the country is not listening to him. Gujarat had given a message to the BJP and Modi that the anger within them would not work, Gandhi said.


One can defeat opponents only with love and brotherhood, he said, a day after the election results were announced.


"A big question has been raised on Modiji's credibility. Frankly, Modiji has a credibility problem and he will find it very difficult... Because what he is saying, his forces and his organisation are repeating that. "But the country is not listening to that. This, the Gujarat election has shown. In the coming times, you will see this clearly," he said.


Gandhi also hit out at Modi's Gujarat model of development, describing it as "good propaganda" and marketing, but "hollow from within".


"I came to know there that people of Gujarat actually do not accept Modiji's model," the Congress president said. Discussing the result, he said it was a "very good result" for the Congress.