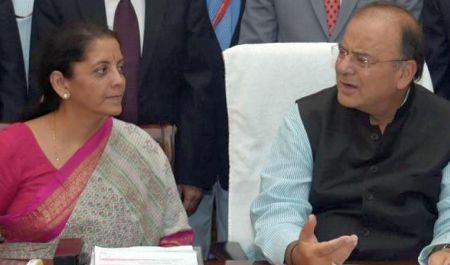 Minutes after Bharatiya Janata Party leaders along with Prime Minister Narendra Modi attended the parliamentary meeting; the party announced that their leaders will go to Gujarat and Himachal Pradesh to discuss the formation of government.


Briefing the media after the meet, JP Nadda, BJP's Parliamentary Board Secretary said, "Finance Minister Arun Jaitley and General Secretary of the party Saroj Pandey will go as observers to Gujarat and discuss about the leadership in the state. Similarly, Defence Minister Nirmala Sitharaman and Union Minister Narendra Singh Tomar will go to Himachal Pradesh to discuss about the leadership there."


"The Parliamentary Board of BJP had appreciated the increase in vote in both Gujarat and Himachal Pradesh. The Board has also thanked the people of both states for voting supporting BJP," added Nadda.


Earlier in the day, Gujarat Chief Minister Vijay Rupani said the party will hold a meeting to decide on the new chief minister of Gujarat.He added that to win an election for the sixth time straight is "no small feat".


He assured that "the BJP will live up to the expectations more than ever before". While the BJP has snatched the control of Himachal Pradesh from Congress, it is poised to form the government for the fourth consecutive term in Gujarat.


The assembly polls in the two states, especially Gujarat, were a battle of honour and prestige for the BJP and Congress. Both parties pulled no stops in establishing their supremacy in the states during the course of campaigning.


Himachal Pradesh went to polls on November 9, while elections were held in two phases in Gujarat on December 9 and 14. -- ANI
« Back to LIVE