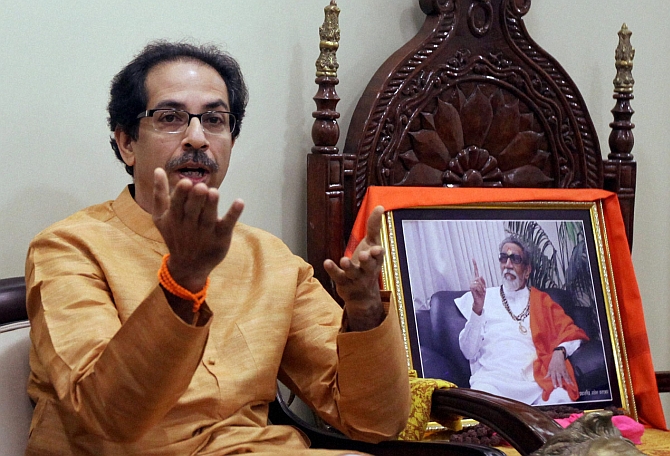 Shiv Sena on Tuesday launched a scathing attack on its ally BJP over the Gujarat election results and said the Gujarat model has been shaken.
In an editorial in its mouthpiece Saamana, Shiv Sena said it is pathetic that the BJP had to resort to emotional issues and Hindu-Muslim divide to garner notes in Gujarat. None of the BJP leaders were willing to speak about vikas attained in 22 years.
The Sena said this is a warning bell for the BJP. The Gujarat model has been shaken. Our best wishes to BJP that it doesnt crumble in 2019, the editorial said.
The bickering ally of the BJP said in spite of a BJP win in Gujarat everybody is talking about the leaps of Rahul Gandhi.
Reacting to the Gujarat election results, Sena had said on Monday that the Congress which had emerged as the "real winner".
Coming to power was no "big thing", Sena leader Sanjay Raut had said, adding that the Congress might have lost the polls, but had "defeated" the BJP.
"Although you see the BJP coming to power, the real winner is the Congress party. They may have lost, but have defeated the BJP," Raut said. He pointed out that the Gujarat had been in power for over 20 years in Gujarat. "Coming to power is not a big thing," Raut said.
« Back to LIVE