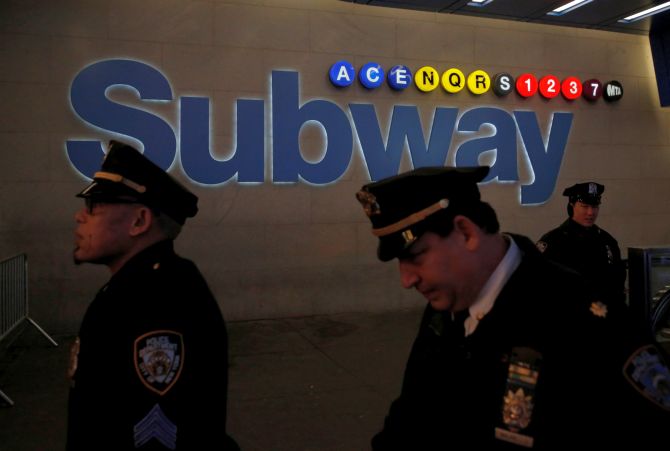 "Trump you failed to protect your nation," the Islamic State-inspired Bangladeshi-origin man wrote on Facebook before detonating a pipe bomb in a Manhattan subway station, according to a complaint filed today in a US court.
Akayed Ullah, the 27-year-old suspected bomber, had wires and a pipe bomb strapped to his body. The device exploded prematurely yesterday between two subway platforms near Port Authority, which is America's largest bus terminal.
Ullah is reported to be in a serious condition in hospital after suffering burns in the explosion. Three other people suffered minor wounds in the blast during rush hour.
The suspect posted a statement indicating allegiance to ISIS on Facebook before the attack, the Daily Beast reported, citing the complaint.
"Trump you failed to protect your nation," accused Ullah wrote on Facebook yesterday morning.
The suspect was taken into custody after the device partially exploded.
No group has claimed responsibility for the explosion so far, though it is being treated as terror-related. -- PTI
« Back to LIVE