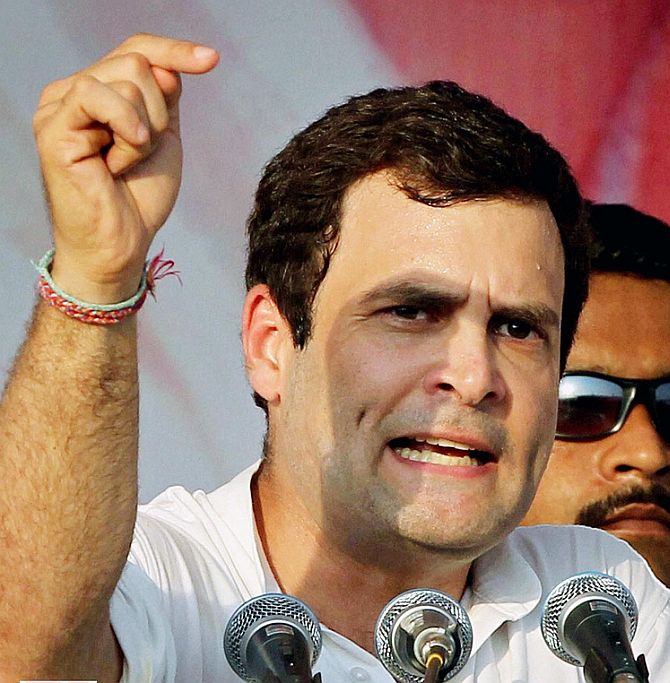 Congress's president-elect Rahul Gandhi today hit out at Prime Minister Narendra Modi over alleged atrocities on Dalits in Gujarat, insisting the community feels insecure in the state despite several laws for their protection. Gandhi wanted to know who will take responsibility for the Una incident where young Dalit men were flogged for skinning a dead cow.


"Neither land, nor employment, no health and no education, Gujarat's dalits received only insecurity. "Modiji is silent on Una's tragic incident, but who will take the responsibility for it. A number of laws were made in the name of dalits, but who will execute them earnestly," he said on Twitter.


The Congress leader's posts were part of his "a question a day" series on social media launched in the run up to the Gujarat Assembly elections. Rahul Gandhi has been using the tagline "22 salon ka hisaab, Gujarat mange jawaab (Gujarat demands answers for 22 years of BJP rule)".


Gandhi had earlier targeted the prime minister on various issues as part of the series, including those related to education, health and financial management, and highlighted the plight of farmers, youth and women.
-- PTI
« Back to LIVE

Chairman of central election authority Madhusudan Mistri will be available in Congress headquarters in the national capital to take the nomination papers as returning officer of the election.