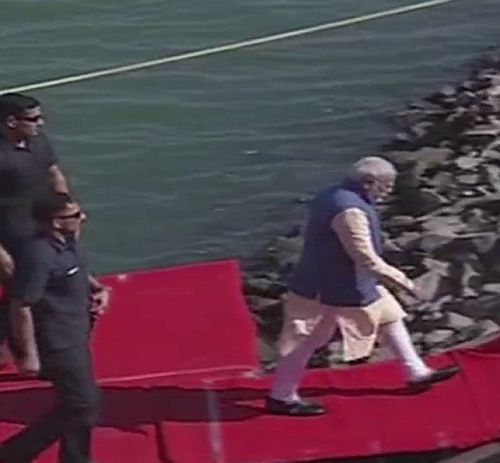 His return journey would also be by the same sea-plane.

Prime Minister Modi in a rally on Monday had said, "Tomorrow for the first time in the history of the country a sea-plane will land on the Sabarmati River. I will go to Ambaji in the sea-plane after landing in Dharoi dam and come back."

Gujarat Chief Minister Vijay Rupani had said that this is for the first time in the history of the country that a sea-plane will land on a water body. -- ANI
« Back to LIVE