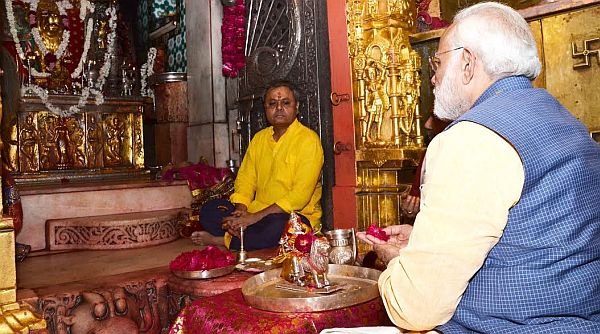 Campaigning for the Gujarat Assembly Elections 2017 ends. After a seaplane spectacle on the last day on the campaign trail in Gujarat, the PM tweeted. Highlights.

"After three and a half years, I got the honour to travel across the length and breadth of Gujarat to seek the blessings of the people. During my travels across Gujarat, the level of affection I have received from the people is unparalleled in my 40 years of public life. This affection gives me strength and motivates me to devote all my time for India's development. I urge my sisters and brothers of Gujarat to vote in record numbers on the 14th.

"I call upon the people of Gujarat to not only give the BJP an overwhelming majority but also ensure that BJP wins in every polling booth across the state. The lies that our worthy opponents have spread, about Gujarat, Gujarat's growth and about me personally is something I had never imagined. It is natural for every Gujarati to feel hurt. People of Gujarat will give a fitting reply to the negativity and lies of the opposition.


With the Government of India and Government of Gujarat working together, the strength rises manifold. This 1+1 is not 2 but 11 and together we will take Gujarat to new heights. No Gujarati will let go off a golden opportunity of development of our youth and coming generations.


Victory of BJP is a guarantee for a bright future. I am devoting my life for the betterment of crores of people of Gujarat and India. Have been fortunate to always get your blessings. I am sure you will continue to bless us in these elections too by voting for BJP."


The BJP is ruling Gujarat from last 22 years and the Congress is eyeing a comeback.The first phase of assembly elections in Gujarat were conducted on December 9 in 89 constituencies and the polling for the second phase will be held on December 14 for 93 assembly constituencies. Counting of votes and the results would be announced together on December 18.
« Back to LIVE