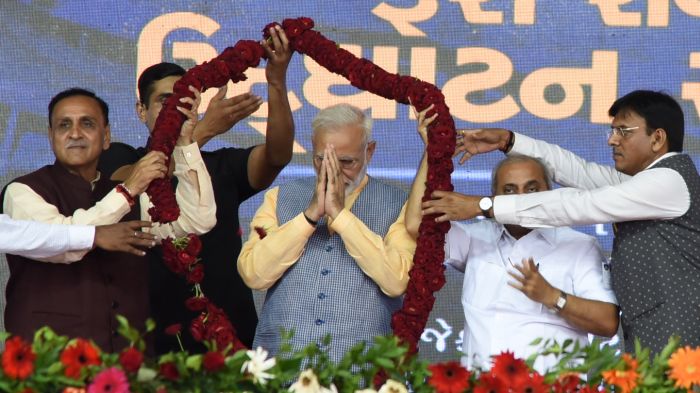 Prime Minister Narendra Modi will visit Ahmedabad on Tuesday and undertake a sea-plane journey from the Sabarmati river on the last day of campaigning for the Gujarat assembly elections. Modi will travel to Dharoi Dam in Mehsana district by the seaplane, the first-ever flight by such a craft in the country. His return journey would also be by the same seaplane.
He will land at the Sabarmati river at 9.30 am, and will then go to the Dharoi dam and offer prayers at the Ambaji temple.
Modi's plans of using a seaplane in Ahmedabad came a day after the city police denied him permission to hold a mega roadshow in the city.
The police cited congested roads and communally sensitive areas that fall enroute as the reason. The move comes in the backdrop of inputs gathered by central intelligence agencies that a "lone wolf" may try to target roadshows of "big political leaders" during the campaigning for the upcoming elections.
« Back to LIVE