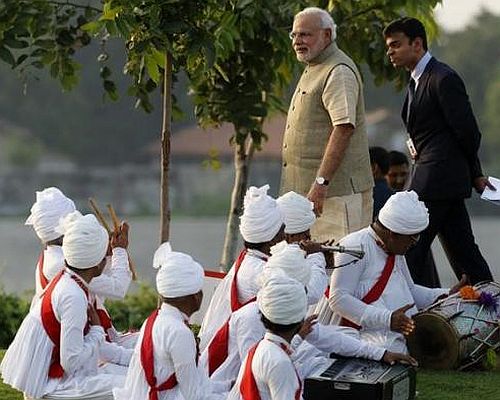 As the clock ticks for the second phase of Assembly polls in central and north Gujarat on December 14, all eyes are on 39 lakh voters of 16 seats in the mega city, considered a stronghold of the BJP since the 90s.


During the 2012 Assembly polls, the BJP won 14 seats in Ahmedabad. Like other cities of Gujarat, the voters of this bustling urban centre have been standing firmly behind the BJP since the early 90s.


At least five seats  have a sizable population of Patidars. These areas witnessed violence and arson during the quota agitation led by Hardik Patel two years back.


Four seats have a considerable number of Muslim voters. The Maninagar constituency, represented by Prime Minister Narendra Modi thrice from 2002 till 2014 as then MLA and Gujarat chief minister, can easily be termed as the city's most high profile seat and a bastion of the BJP. In 2012, Modi won by a margin of over 86,000 votes. -- PTI
« Back to LIVE