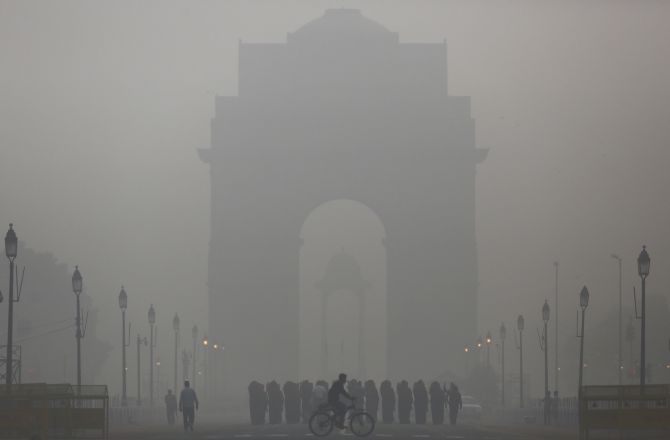 The National Green Tribunal today came down heavily on the Delhi government for not filing a comprehensive action plan on ways to deal with severe air pollution in the city and slammed authorities for holding the India-Sri Lanka cricket match despite bad air quality.


A bench headed by NGT Chairperson Justice Swatanter Kumar took exception over the failure of the AAP government to file the report despite its specific order.


During the hearing, the Delhi government said it needed more time to file the action plan as the chief secretary and environment secretary have been recently changed.


The tribunal, however, directed the government to file the report within the next 48 hours. "Where is your action plan? Why have you not submitted it? What can we do if you keep on changing everybody? It's not our problem if people don't want to stick to you.


"You keep on doing meetings but tell us a single action or step you have taken in the last four days to combat air pollution," the bench said.


It said that the pollution in the city has already reached alarming levels yet the government was adopting a "lackadaisical" approach in dealing with the situation. The green panel was also irked by authorities for conducting the third Test between Sri Lanka and India yesterday which was disrupted due to the choking smog. -- PTI
« Back to LIVE