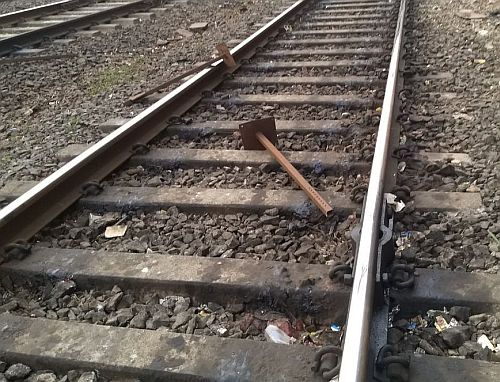 A possible train mishap was avoided today after the motorman of a Panvel-CST suburban train spotted iron rods on the track and halted the train in time. Officials said that the incident happened at around 7:30 am.


The CST railway police, which is investigating the incident, said it is possible that workers working along the tracks might have accidentally left the rods on the track.


An officer said there was also a possibility that metal scrap thieves might have left the rod on the tracks and fled. The officer said that a case had been registered and a team was scanning the CCTV footage to ascertain leads. He said that all angles, including sabotage, were being examined. -- PTI
« Back to LIVE