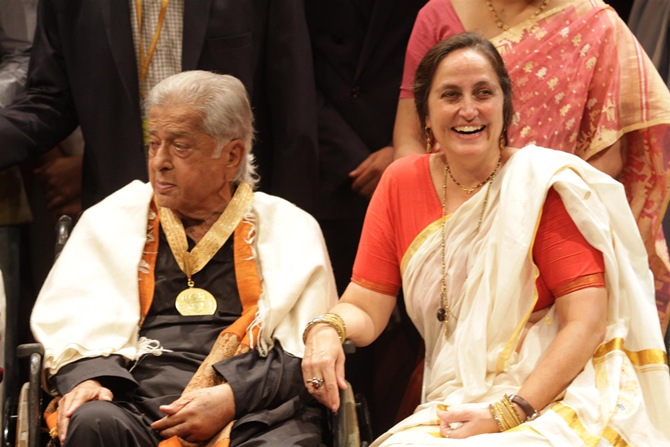 The funeral will be held tomorrow morning, he said.

Image: Shashi Kapoor with his daughter, Sanjana.
« Back to LIVE