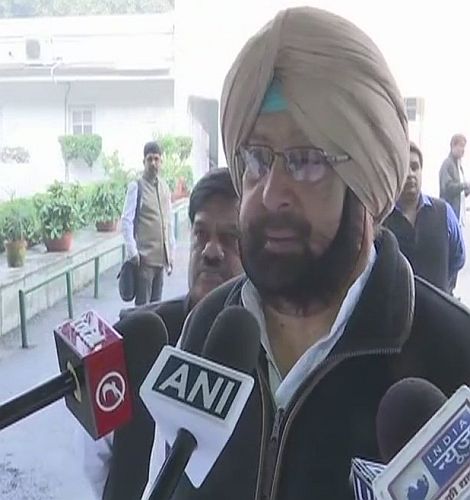 Rahul Gandhi is set to file nine sets of nominations for the post of Congress president. Punjab CM Capt.Amarinder Singh who is one of the proposers is expected to be present during the course of the day. Speaking to ANI this morning, the Punjab CM said, "If you ask me, I think he will make a very good Prime Minister."

Amarinder Singh had told Congress Vice-president Rahul Gandhi in 2015 that he was ready to quit and float his own outfit, if he was not appointed state party chief.

An authorised biography of Amarinder Singh claims that even though Sonia Gandhi was open to bringing Singh back at the helm in Punjab, Rahul Gandhi was dead against taking away the baton from Pratap Singh Bajwa.
« Back to LIVE