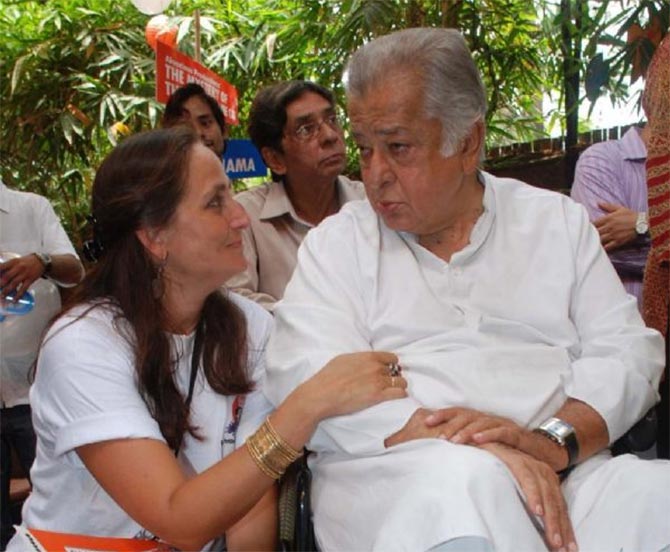 Expressing grief over the demise of the veteran actor, President Ram Nath Kovind underlined that Shashi Kapoor played a pivotal role in the theatre movement in India too.
He wrote on Twitter, "Sorry to hear of the demise of Shashi Kapoor, well-known actor, with a repertoire of Indian and international films. His support for meaningful cinema as a producer and pivotal role in the theatre movement in India too are cherished. Condolences to his family."
Home Minister Rajnath Singh too voiced his sorrow over the veteran actor's demise. "With his impressive talent and inimitable mannerism actor #ShashiKapoor charmed a generation of Indians. He was a fine actor and a wonderful human being. Saddened to learn of his demise. May his soul rest in peace."
West Bengal Chief Minister Mamata Banerjee expressed grief at the passing away Kapoor, describing him as a legend.
The actor will be remembered for generations, Banerjee said in a tweet message. "Saddened at his passing away. Shashi Kapoor a legend and actor will be remembered for generations for his great work in cinema," Banerjee said.
« Back to LIVE