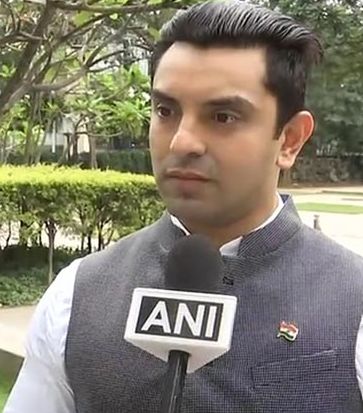 
Speaking to ANI, Tehseen said, "I would like to clarify that me and my family are completely with Shri Rahul Gandhi and the Congress Party. We want Rahul Gandhi to take over as the leader of the party."


Tehseen further said that the Poonawalla family had cut off their relationship with his brother Shehzad. "We would just say if he had any issues with Congress, he should have raised it in the inter-party forum rather than the media," said Tehseen.


However, Shehzad Poonawalla, who had called out the party's president election 'rigged', called the entire procedure to be a coronation. "I have objection with this election procedure which is rather a coronation. I would like to tell Rahul to ask his people to wait with a crown and coronate him as soon as he reaches the place," said Shehzad. -- ANI
« Back to LIVE