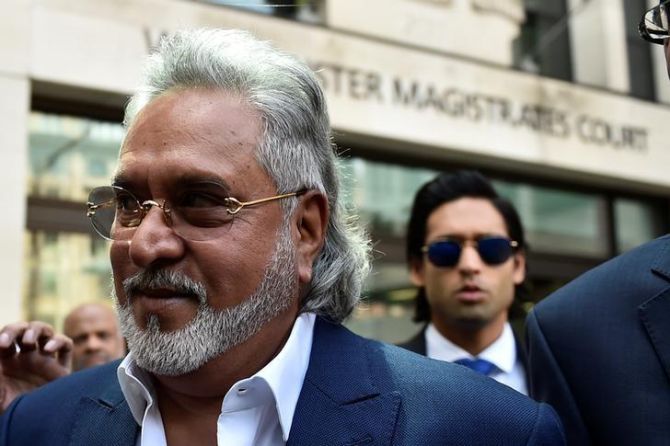 A team of Central Bureau of Investigation officers from India will be attending the extradition trial of embattled businessman Vijay Mallya, which begins later today.

Over the next 10 days, Chief Magistrate at Westminster Magistrate's Court Emma Arbuthnot will hear the case presented by Britain's Crown Prosecution Service on behalf of the Indian government, and the defence on which Mallya will hope to thwart efforts to return him to India to face prosecution.Mallya, who shifted to the UK, is wanted in India for financial irregularities involving a total amount of Rs 9,000 crore as well as money laundering.


One of the main arguments of the defence is that he fears for his life in India, so the prosecution is preparing a submission by the Indian government outlining the security measures that will be in place for Mallya, once he is extradited to India.


Outside the court, Mallya refused to answer questions especially about Diageos' new lawsuit and his fear of Indian jails.Mallya is out on a 650,000-pound bail bond following his arrest by Scotland Yard over fraud and money laundering charges. -- ANI
« Back to LIVE