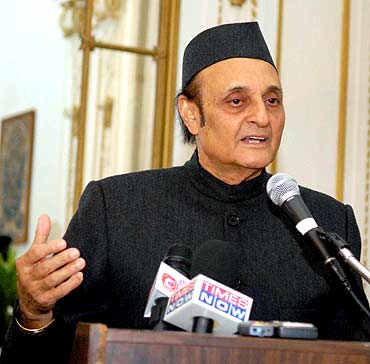 Senior Congress party leader Dr Karan Singh said time has come for vice-president Rahul Gandhi to take over the commands of the party from his mother, Sonia Gandhi.


"Sonia-ji took Congress to new heights. She brought the party to Centre twice, we won many elections under her leadership and now it is time for Rahul Gandhi to take the party forward," Singh told reporters outside the party headquarters in New Delhi.


Confident of the party's future in the Gandhi scion's hands, Singh said, "A young generation is taking over, the future of Congress is bright."


Singh downplayed the allegations about the election being rigged in favour of Rahul Gandhi, saying that "questions are always raised in politics."He also dismissed the accusations of dynastic politics within the party.


Congress leader Kamal Nath also responded to the allegation. "Was Amit Shah elected in a non-rigged election? I want to know that. All the BJP presidents. Was Nitin Gadkari elected through a ballot process? That is the question?" he said. -- ANI
« Back to LIVE