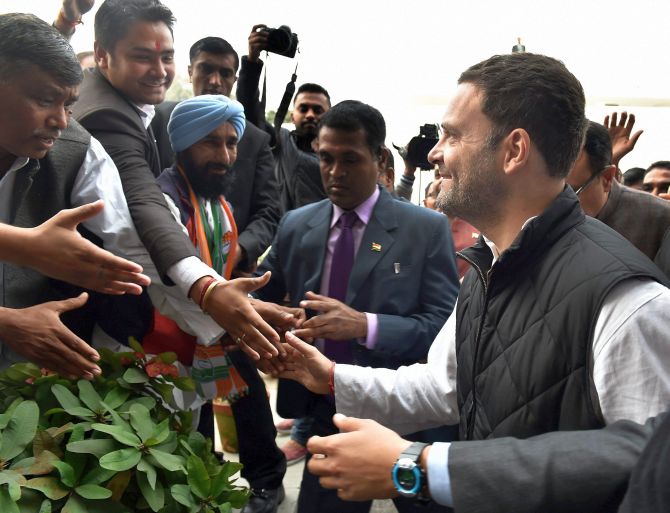 Congress leader from Maharashtra Shehzad Poonawalla today dubbed the imminent election of Rahul Gandhi as party chief as "Mughal style coronation" and said it is a "black day" in the history of the grand old party.
Poonawalla, who is in the limelight after he alleged that the organisational election in the Congress was "rigged" and gave Prime Minister Narendra Modi a stick to beat the opposition party with, called the polls "unconstitutional and illegal" that will be challenged "from Delhi to Amethi".
"My statement on Rahul Gandhi's Mughal style coronation - Black Day in history of my party... unconstitutional and illegal... will be challenged from Delhi to Amethi," he tweeted.
"Black Day - Rahul Gandhi is not the president of the Congress party but has been anointed like a Mughal king in a line of dynastic hereditory succession.
"As a member of the Congress party, I observe this as a Black Day in the history of my party," he said in a statement.
-- PTI
« Back to LIVE