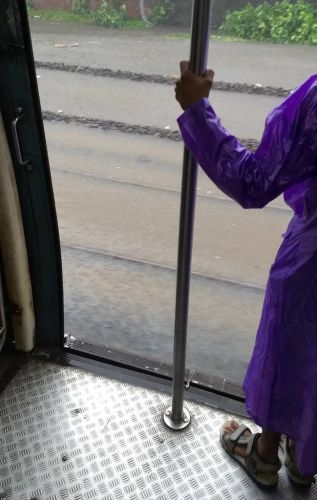 Twenty-four hours of heavy rainfall across Mumbai and Pune has caused massive disruption in road and rail traffic. Both Western and Central Railway services have been cancelled. Western Railway's Twitter handle, put out an alert saying services have been cancelled due to water logging on the tracks. There has also been a signal failure at Bandra following the very heavy rains. As of 20 minutes ago, only the Bandra-Churchgate line was operational. Efforts are on to start traffic on three lines at Bandra as soon as possible by attending to the points, Western Railway tweeted. Rail services will resume with speed restrictions at points and trains will be delayed by 10-15 minutes.


Image: Rail tracks between Matunga and Sion, a low-lying area, are submerged in water. The picture was tweeted by @mayankbhagwat