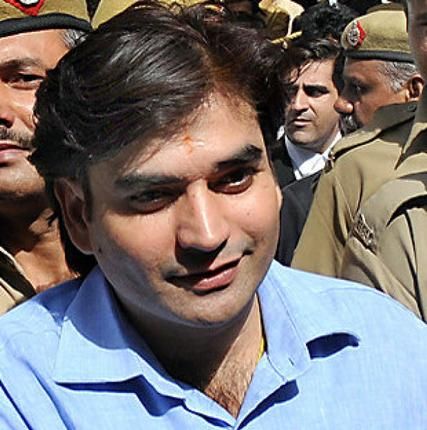 The Supreme Court will, on Tuesday, hear the review petition filed by Vikas Yadav, convicted for the abduction and murder of 25-year-old Nitish Katara in 2002.


Last year in October, the Supreme Court modified the sentences of Nitish Katara murder case convicts Vikas Yadav and his cousin Vishal Yadav and reduced their jail terms to 25 years.


The apex court sentenced another accused Sukhdev Yadav alias Pehelwan to 20 years in prison.An apex court division bench headed by Justice Dipak Misra passed the order after hearing a detailed argument from both sides - the prosecution as well as the defence.


The apex court had on August 17, 2015, upheld the conviction of Vikas, Vishal and Sukhdev, saying 'only criminals are crying for justice' in this country.


The three convicts were serving a life-term awarded by the lower court in May 2008 for abducting and killing Katara, a business executive and the son of a railway officer, on the night of February 16-17, 2002, as they opposed the victim's relationship with Bharti, Vikas' sister and the daughter of Uttar Pradesh politician DP Yadav.


The Delhi High Court had on April 2, 2014, upheld the verdict of the lower court in the case and described the offence as "honour killing" stemming from a "deeply-entrenched belief" in the caste system.
« Back to LIVE