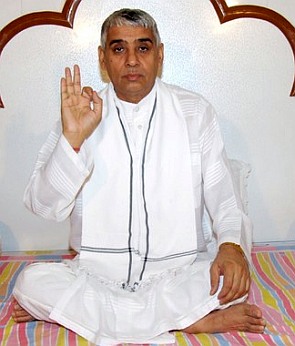 In other news, a Haryana court has acquitted self-styled god-man Sant Rampal in an 11-year-old conspiracy case. Rampal's lawyer said that there were two cases registered against the god-man -- one on November 17, 2014 and another on November 18, 2014.

Rampal, 67, was dodging the arrest in connection with a case involving his followers, who opened fired at villagers in Rohtak, killing one person and injuring several others.

After Rampal failed to appear in court 43 times, the police were ordered to arrest him.

When the police marched to his Stalok Ashram, they were met with resistance as Rampal's supporters barricaded themselves inside the 12-acre premises.

A few of them had alleged that they were used as human shields and held against their will inside the ashram.

With no sign of Rampal surrendering peacefully, authorities cut water and power supply to the ashram.

At the end of the two-week stand-off, police launched a final assault on the ashram and flushed out Rampal and his supporters.

Five women and a baby were killed in the violence.

Two cases were registered against Rampal and 11 others in connection with the violence.

A special court set up inside the Hisar Central Jail, to hear the case against Rampal, pronounced its verdict today.

Authorities had earlier requested the court to postpone its judgement in light of the Central Bureau of Investigation court verdict in a rape case involving another self-styled godman, Gurmeet Ram Rahim Singh.

Also read: Who is godman Rampal?
« Back to LIVE