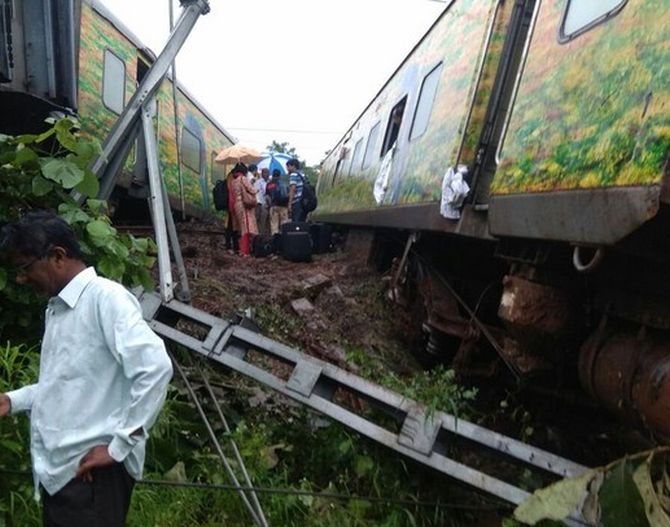 Adding to the list of train derailments in the recent past, five coaches and engine of Nagpur Mumbai Duronto Express derailed on Tuesday near the Titwala station, a small town in Maharashtra's Kalyan.

Some passengers are injured and a rescue team has already rushed from Kalyan.

On August 25, a local train running on Mumbai's Harbour line derailed, while it was returning to the Mahim platform.

Five-six persons sustained minor injuries, but no case of casualties or major injuries were recorded so far.  -- ANI
« Back to LIVE