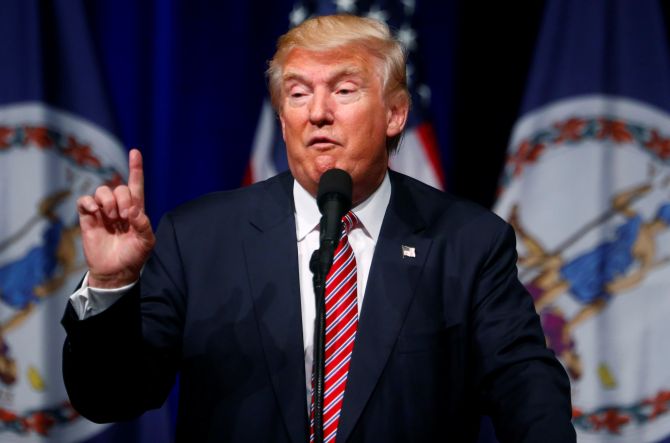 The US today slapped "strong" financial sanctions on the dictatorship in Venezuela, barring banks from any new deals with the government.
US President Donald Trump has signed an executive order imposing "strong, new financial sanctions" on Venezuela.
"We will not stand by as Venezuela crumbles. The president's new action prohibits dealings in new debt and equity issued by the government of Venezuela and its state oil company. It also prohibits dealings in certain existing bonds owned by the Venezuelan public sector, as well as dividend
payments to the government of Venezuela," White House Press Secretary Sarah Sanders said in a statement after Trump signed the executive order.
Sanders said these measures are carefully calibrated to deny the Maduro dictatorship a critical source of financing to maintain its illegitimate rule, protect the United States financial system from complicity in Venezuelas corruption and in the impoverishment of the Venezuelan people, and allow for humanitarian assistance.
« Back to LIVE