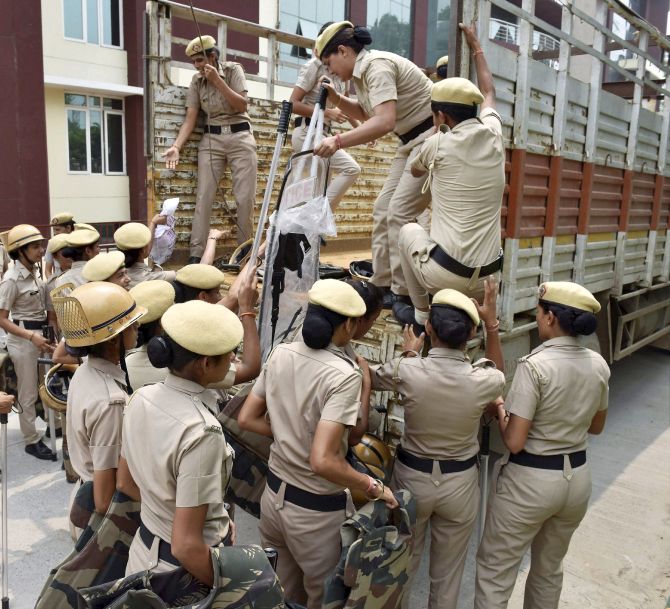 Union Home Minister Rajnath Singh today appealed to people, particularly supporters of Gurmeet Ram Rahim Singh, to maintain peace in the wake of the Dera Sacha Sauda chief's conviction in a rape case.
"I appeal to everyone, particularly his supporters, to maintain peace. Any harm to life and property due to this unrest cannot be compensated by any amount of money," he told reporters.
Singh said he took stock of the situation in Haryana, Punjab and Chandigarh in the wake of violence following conviction of the Dera chief.
"I have also spoken to chief ministers of Haryana and Punjab (Manohar Lal Khattar and Amarinder Singh respectively), and they briefed me about the current situation and the steps taken to restore normalcy," he said.
He also spoke to Delhi Chief Minister Arvind Kejriwal and his Rajasthan counterpart Vasundhara Raje.
The home minister said both Haryana and Punjab chief ministers were confident of the bringing law and order situation under control soon.
« Back to LIVE