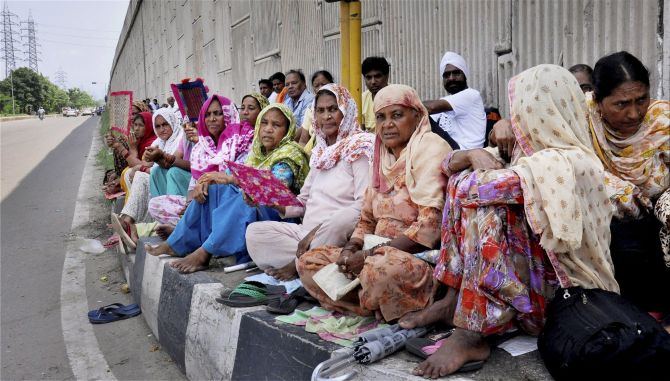 Despite Dera head Gurmeet Ram Rahim making an appeal to his followers to leave Panchkula, many of them have refused to relent and kept sitting along side roads and parks there.

Since mobile internet and data services have been suspended in Haryana, Punjab and Chandigarh, Dera followers complained of being unable to see the video clip of the sect head making an appeal to return to their homes.

Security forces were faced with a tough situation as many Dera followers remained reluctant to move, saying they had come to the town on their own and would move only after having sect head's 'darshan'.

IMAGE: Followers of Dera chief sitting on a pavement in Panchkula. Photograph: PTI Photo
« Back to LIVE