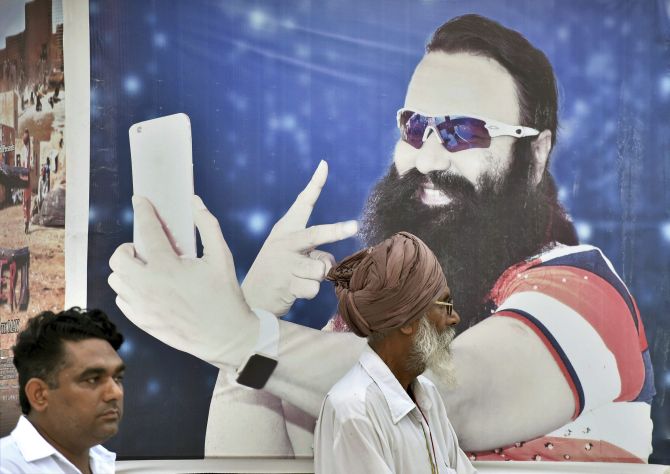 The Dera Sacha Sauda today described as "unjust" a special CBI court's verdict against its guru, Gurmeet Ram Rahim Singh, convicted in a 2002 rape case, and said it would appeal against it.
In a statement in Hindi, signed by spokesperson Dilawar Insaan, the Dera also appealed for peace amid widespread violence that has already claimed 17 lives after the verdict was pronounced earlier today.
"This is unjust. We will appeal against the judgment," the statement said.
"What has happened with us is something that has happened to gurus through history. Dera Sacha Sauda is dedicated to the betterment of humanity. We request all to maintain peace," the statement further read.
« Back to LIVE