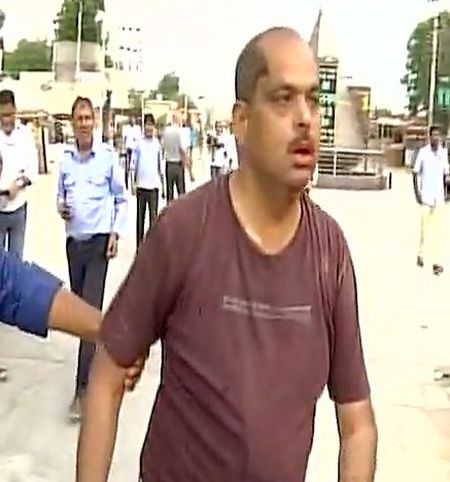 The National Capital has been put on high alert after Ram Rahim Singh supporters resort to violence. Alert sounded in Bhatinda in Punjab too.
According to reports, Malout railway station and petrol pump have been set on fire allegedly by Ram Rahim supporters after the verdict.
ANI has reported that 10 people have already been injured in the violence that broke out after the Dera Sacha Sauda chief Gurmeet Ram Rahim was found guilty of raping a female follower.
Image: A camera person injured during violent protests in Sirsa, Haryana. Photograph: ANI/Twitter
« Back to LIVE